Ericeira is a (former) fishing village that’s now one of Portugal’s main beach and surfing towns. It’s Europe’s first (and still only) World Surfing Reserve, with surfers from all over the world heading to its golden-sand Ribeira d’Ilhas beach throughout the year. It’s a site of the World Qualifying Series (WQS), and often hosts national championships. If you’re an amateur surfer, you’ll find surf camps offering lessons and board and wetsuit rentals.

If you’re not a surfer, you’ll still enjoy your visit, as it’s quite a charming place that remains one of Portugal’s best examples of a traditional seaside town, despite its new cool and cosmopolitan side.

The best month for a day at the beach is September, as the August crowds are gone, it’s still warm and sunny, and the winds that blow from the north in the summer have died down.


- Some of the world’s best surfing beaches

How Long Should You Stay in Ericeira?


How long you stay in Ericeira depends on what experience you wish to have. Many stay the entire summer, for the surfing and the refreshing beach life, while others stop by for just a few hours on a day trip from Lisbon. Because there are several beaches closer to the capital, not too many people come to Ericeira on a day trip just for the beaches. They come to see what a traditional Portuguese fishing village looks like and to enjoy the seafood at the oceanfront restaurants. If you’re on a road trip through central Portugal, or going from Lisbon to Porto, Ericeira is a nice stop, and you may want to stay overnight.

Where to Go After Ericeira?


The main attraction in the Ericeira area is the colossal Mafra Palace, one of Europe’s largest royal palaces. It can be reached by bus, departing from Ericeira’s bus station around every half hour in the morning and every hour in the afternoon, taking just 15 minutes.
Heading up the coast, you may want to stop in Santa Cruz, another surfing beach, by the city of Torres Vedras. From there it’s just a short drive on the A8 highway to the romantic medieval village of Óbidos, to the real-life “Jurassic Park” in Lourinhã (Dino Park), and to the coast of Peniche, yet another surfing mecca.
And if you just can’t get enough of the Portuguese fishing village and surfing life, continue north to the picturesque town of Nazaré, famous for having the world record of the world’s biggest waves. If you want to go straight to Nazaré from Ericeira, take the A8 highway, and you’re there in less than 90 minutes.

Some Facts About Ericeira


- The official bathing season is from mid-June to mid-September, when there are lifeguards on duty, but the weather is often pleasant enough for a few hours in the sun between the months of April and October.

- Ericeira won the title of World Surfing Reserve in 2011, resulting in the world-class surfing destination it is today. That means its coast is protected, spanning a total of four kilometers of beaches.

- Due to the microclimate in this part of Portugal, it can be warm and sunny elsewhere in the country, but cool and cloudy in Ericeira. That’s usually the case in the month of August, but only in the morning -- by around noon you’ll have a bright and sunny beach day.

- Remember that in Ericeira you’re getting close to northern Portugal, which is just below the British Isles, far from the Mediterranean, so expect cold Atlantic waters, even during the hotter summer days. However, there’s surprisingly little seasonal variation in water temperature -- it averages 18C (64F) in winter and 21C (70F) in the summer.

- Ericeira’s main event (if you don’t count the surfing championships) is the feast of Our Lady of Good Voyage. The Virgin was believed to protect fishermen, so every third Sunday of August there is a procession of illuminated boats on the sea. That’s just the perfect excuse to throw a street festival over the entire weekend, with lots of eating, drinking and dancing, and fireworks.

- It’s said that the name Ericeira derives from ouriceira, or “land of the sea urchin,” the spiny creature that lives on the seabed on this coast.

Get a discount of 15% or more on hotels and apartments in Ericeira or anywhere in the world, for stays until March 31st, 2022, by booking through this link: Special Booking Deals 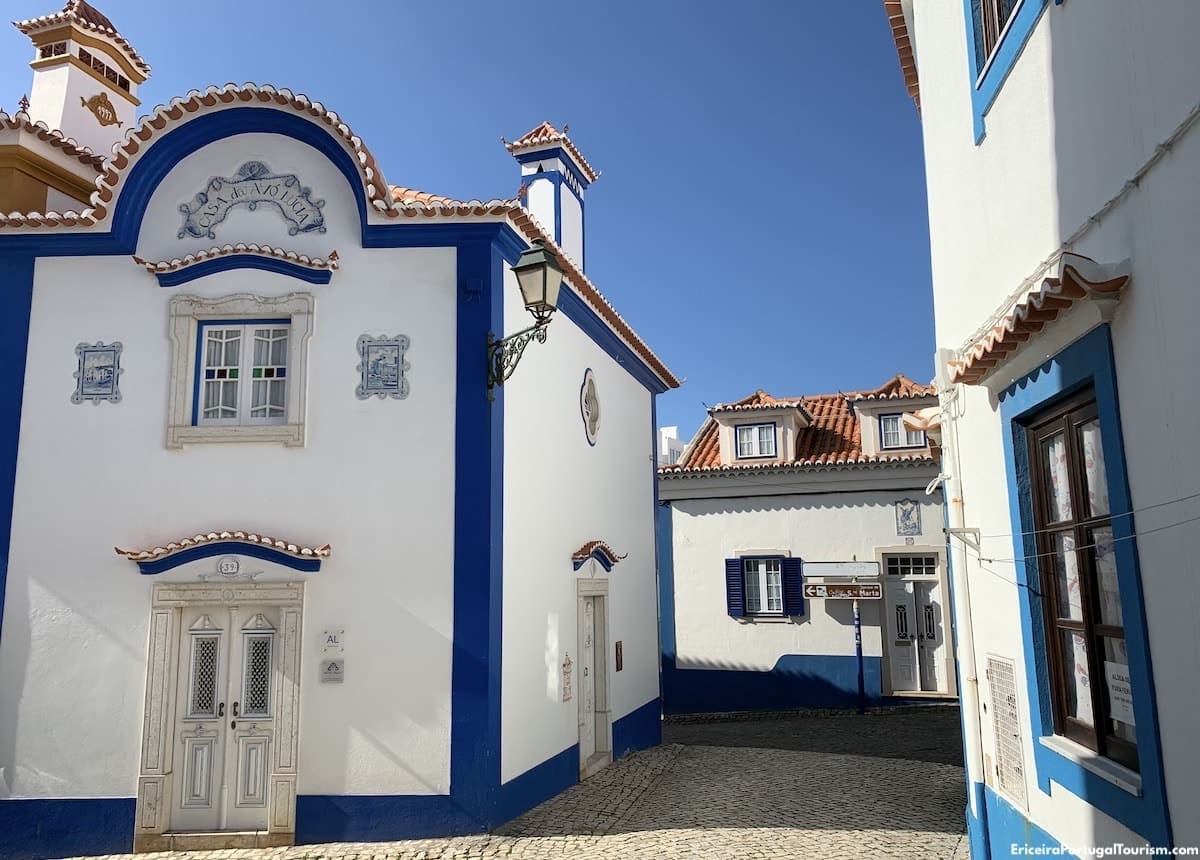 
Everything you need to know about Ericeira and to plan your visit is on this website. It’s a completely independent guide written by tourism experts, not sponsored by or associated with any local institution or organization. However, if you still have any doubts, pass by the official tourism office, which is found in the town’s main square, Praça da República. In addition to answering any questions you may have, it also presents an exhibition space dedicated to all aspects of surfing in Ericeira. It opens at 10AM and closes at 6pm or 7pm, depending on the season.