Home > What to See and Do > Igreja de São Pedro 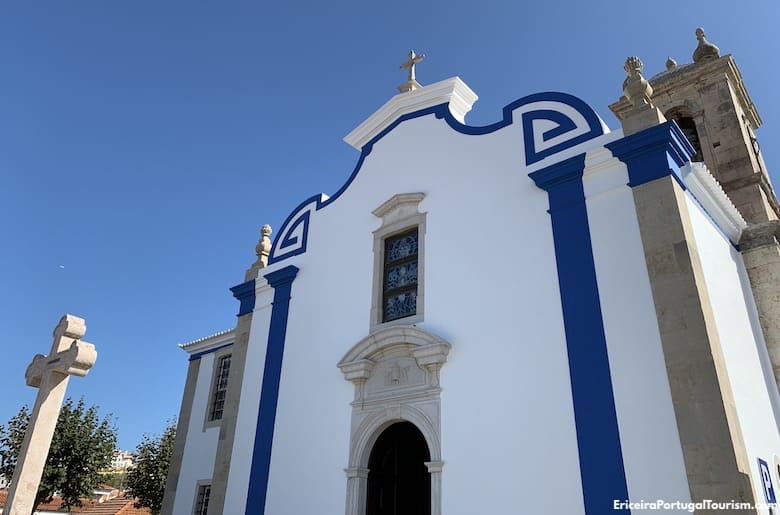 The church's exterior follows the colors of the town's traditional houses

It started as a small chapel in 1446, but became a church in 1530. It was expanded over the years, and became the monument it is today in 1658. It’s Ericeira’s main church, and was dedicated to St. Peter, whose image can be seen on the side door facing south. 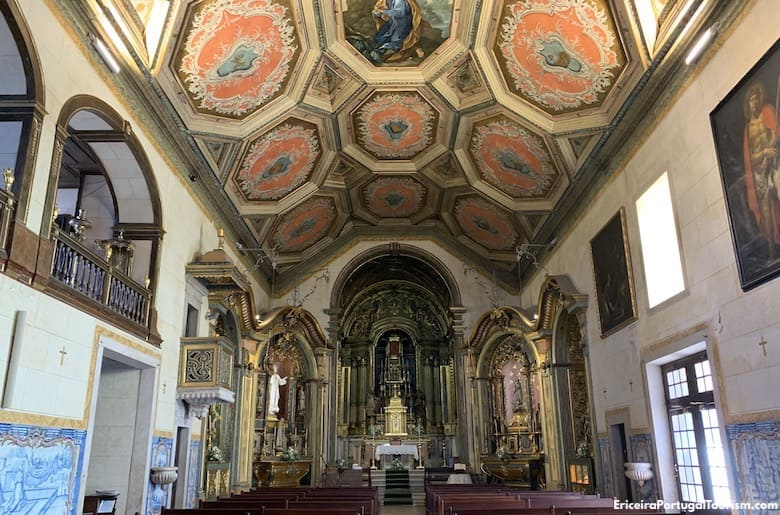 The baroque interior, with art from the 17th to the 19th centuries

Inside, the life of the saint is depicted on four paintings on the main altar and on 17th-century tile panels on the walls. Four golden side chapels are dedicated to other saints, and hold pieces of sacred art created between the 17th and 19th centuries.
The painted ceiling also depicts St. Peter, while on the wall on the right are two 17th-century paintings -- an “Ecce Homo” and a “Washing of the Feet.” 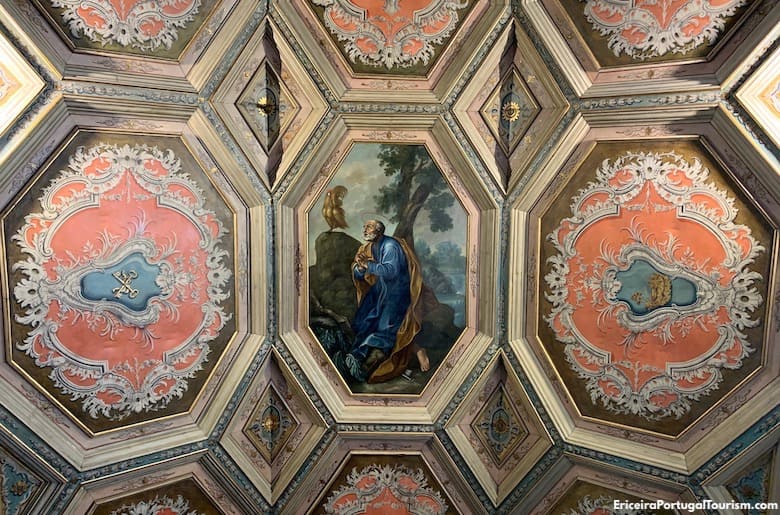 The interior mixes the baroque and the rococo styles, and some of the paintings were brought from convents that closed in the 19th century.
A cross outside dates from 1782, while the churchyard is the site of a festival every 28th of June, honoring St. Peter. 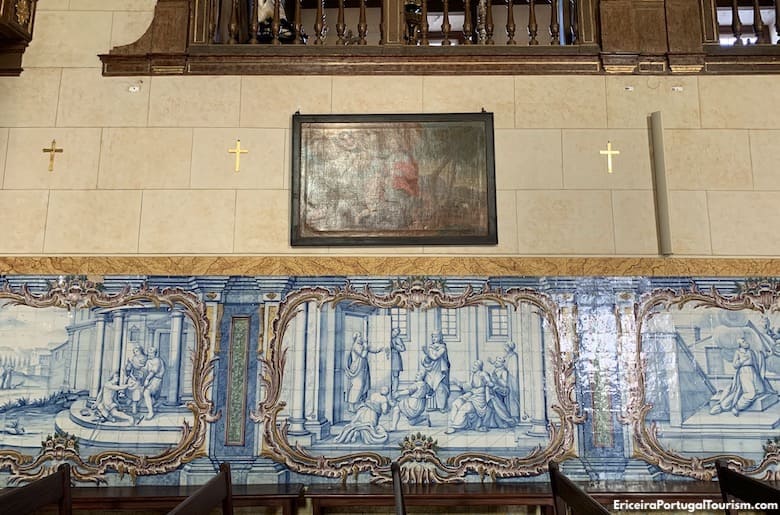 The walls are decorated with tile panels

The back of the church faces Ericeira’s main road. It’s easy to reach from anywhere in the center of town, as it’s found at the end of one of the main streets, Rua 5 de Outubro, which leads to the main square, Praça da República.