Home > How to Get to Ericeira

Bus to Ericeira from Lisbon 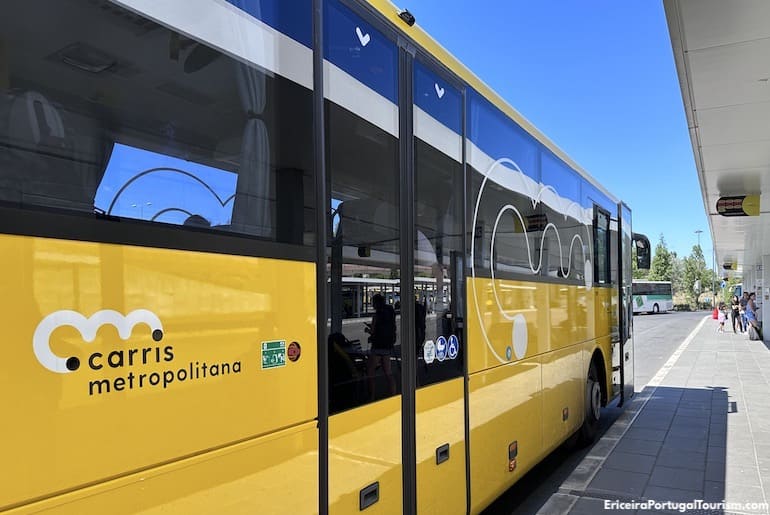 The stop of the Ericeira bus, outside Lisbon's Campo Grande metro station, across from the Sporting Lisbon Stadium.

Whether you’re going to Ericeira to spend a beach holiday or on just a day trip, you’ll likely be departing from Lisbon. It’s more convenient to have a car, but it’s not difficult to hop on a bus in the capital. On a day trip by car or bus, you can stop at Mafra Palace on the way, about 15 minutes from the center of Ericeira (it’s recommended that you go to the palace in the morning and Ericeira in the afternoon). 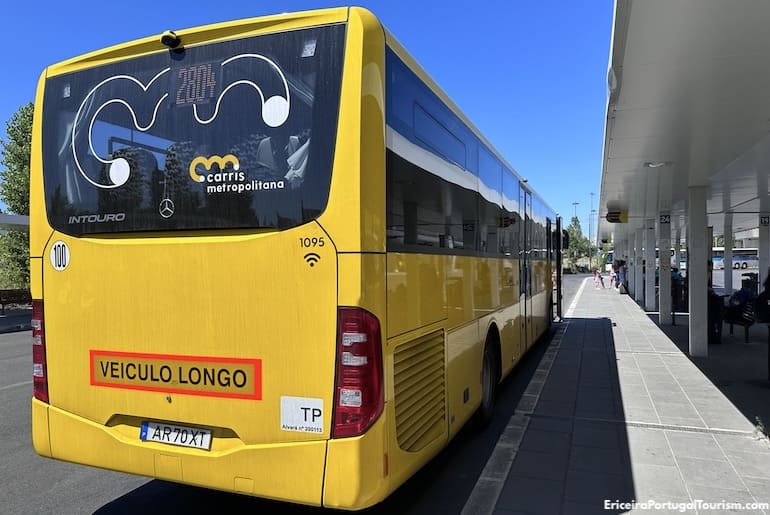 Buses to Ericeira depart from bays 22, 23 and 24 of the Campo Grande terminal


There are no trains to Ericeira, but those who choose not to rent a car can take the bus operated by the Mafrense company, which departs from the Campo Grande terminal in Lisbon. It’s found right outside the Campo Grande metro station (which is on the green and yellow lines), across from the Alvalade XXI/Sporting Lisbon Stadium. It terminates in Ericeira but makes several stops on the way, through the suburbs. Only a few times a day is the route shortened and partially goes through a highway. This means that the same bus service can take anywhere between 50 minutes and just over one hour to reach Ericeira, depending on the time of day. It also has irregular departure times, but there are one or two buses per hour, between 6:27am and 11:45pm (11:25pm on Saturdays and 11:40pm on Sundays). The bus bays at the terminal are numbers 22, 23 and 24. Those departing from numbers 23 and 24 also stop in Mafra, but those from number 22 do not.


Tickets are bought from the driver and are €6.40 for a one-way journey. If you want to visit Mafra Palace, ask the driver to let you know where to get off in Mafra (although you’ll clearly see the palace as you approach it; the bus stops across from it). If you want to go directly to Ericeira, just stay on the bus until the last stop, which is the town’s bus station.


The station in Ericeira, called Parque Intermodal da Ericeira, is on Rua Alto da Camacha, about a 10- to 15-minute walk from the center and the beaches. To locate the bus station and the beaches, see the Ericeira beaches map.


From Lisbon Airport to Ericeira


If you want to go straight to Ericeira as soon as you land at the airport in Lisbon, you can take the metro, whose station is right outside the arrivals terminal, to Campo Grande. The airport is on the red line, while Campo Grande is on the green, so you have to connect at Alameda.
If you're carrying lots of luggage, skip public transportation, and book a transfer instead: Lisbon Airport Transfer to Ericeira


From Sintra to Ericeira

The stop of the bus to Ericeira in Sintra

Sintra is one of Portugal’s most visited towns, for its fairytale palaces, castles and beaches. Fortunately, there’s a bus connecting it to Ericeira, so you can visit it on a day trip if you’re staying in Ericeira, or visit Ericeira if you’re staying in Sintra. The bus departs from outside the Portela de Sintra train station, which is not the main train station in Sintra, but is a very short walk from the center of town. It’s operated by Mafrense and its final stop is Ericeira’s bus station. There are hourly departures on weekdays and every two hours on weekends and public holidays, in both directions. It makes several stops in the villages in between, so the entire journey takes 50 to 60 minutes.