Home > What to See and Do > Capela de Santo António 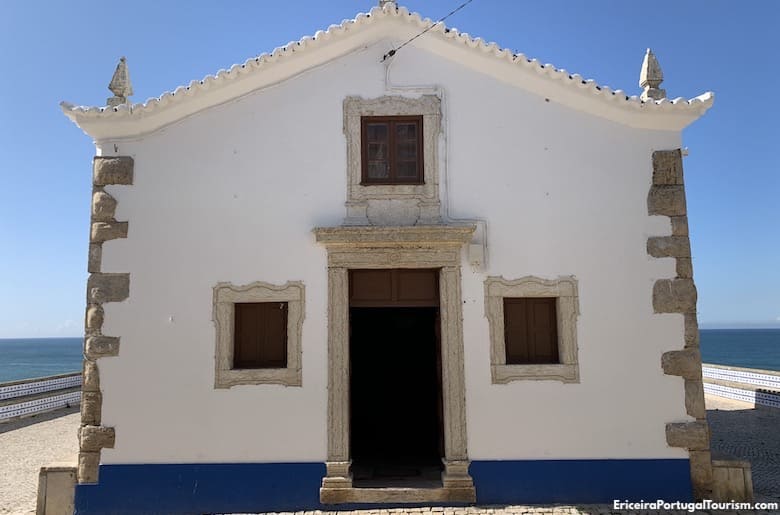 The façade of the chapel dedicated to St. Anthony

The Chapel of St. Anthony (“Capela de Santo António”) was given the official name of Chapel of Our Lady of Good Voyage (“Capela de Nossa Senhora da Boa Viagem”) in 1645, but is also simply known as “Capela da Boa Viagem” (“Chapel of the Good Voyage”). It’s believed to have been built in the 1400s, and is where fishermen prayed before heading into the sea and where their wives prayed for their safe return. 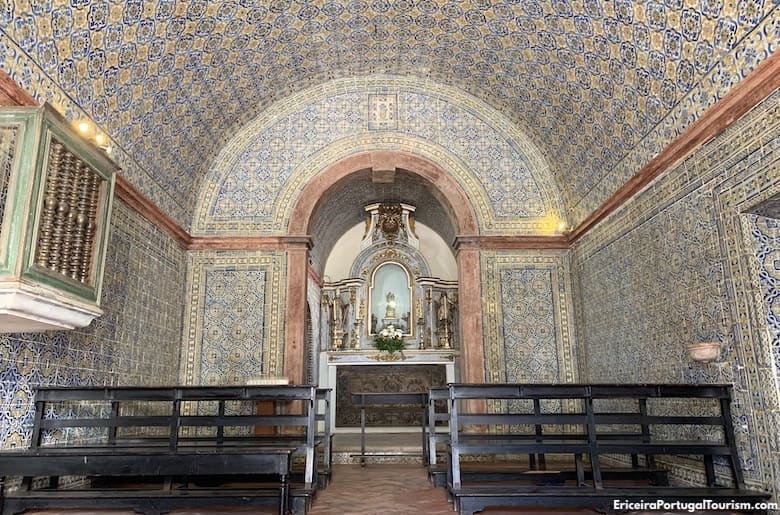 It also served as a “beacon,” using its bell to warn of approaching storms and to announce the arrival of the boats. The well-preserved interior (completely restored in 1993) is covered in colorful tiles, dating from 1645 and 1789. It displays an image of Our Lady of Good Voyage with images of St. Anthony and St. Vincent at its sides, but that’s not the original, since that one disappeared overnight in 1912, and only its hand was found by the shore on the following day. It’s currently a beloved piece in Ericeira’s Santa Casa da Misericórdia Museum.

The chapel stands right above Praia dos Pescadores, the beach in the center of Ericeira, and is said to mark the very center of town, dividing it between north and south. Oddly, it has its back turned to the sea, and instead faces a cobbled street. The back is adorned with a baroque tile panel from 1789, depicting St. John the Evangelist, Our Lady of Good Voyage, and Mary Magdalene. On the southern façade is another tile panel, from the 20th century, recalling the day when Portugal’s last king sailed into exile from this spot (to London) in 1910, as a new Portuguese Republic was proclaimed in Lisbon. 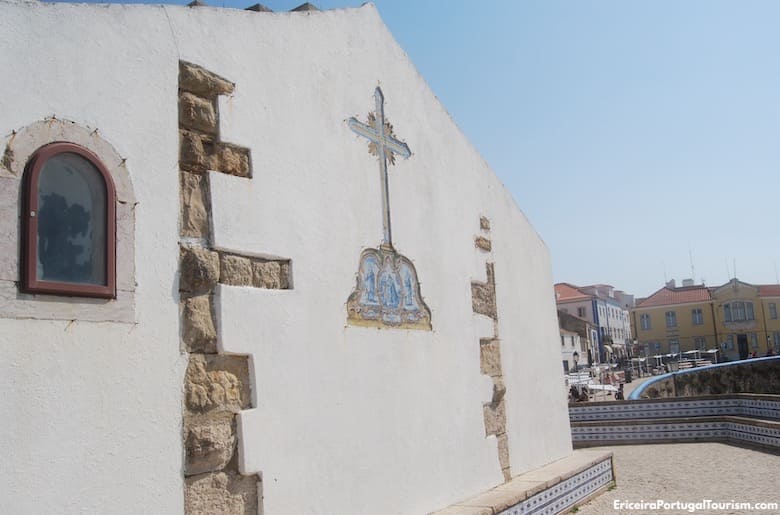 On the third weekend of August, Ericeira celebrates Our Lady of Good Voyage, with a street festival in the surroundings of this chapel and all over the old town.