Home > What to See and Do > Capela de São Sebastião 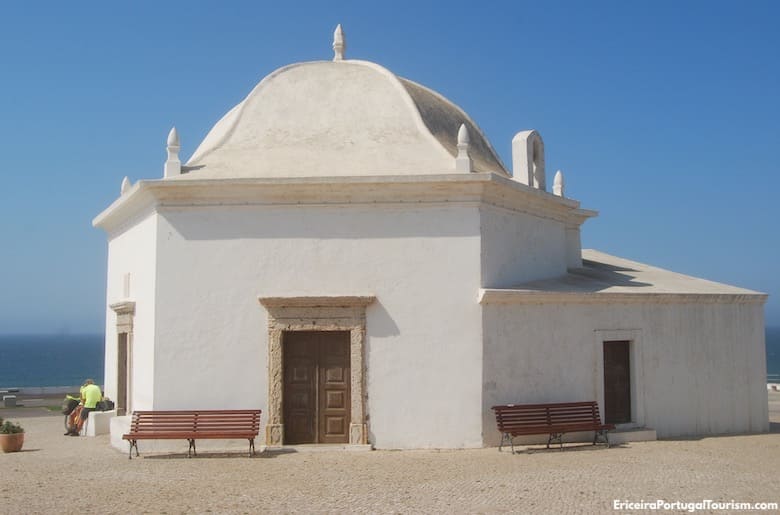 The six-sided exterior of the chapel

Standing above a beach named after it (Praia de São Sebastião), this small chapel dedicated to St. Sebastian dates back to the 13th century. It was completely rebuilt in the 1700s, keeping the marble altar from 1567 with an image of St. Sebastian, and the 17th-century geometric polychromatic tiles that cover the entire interior. Outside, it’s a plain, all-white six-sided building, topped by a dome. 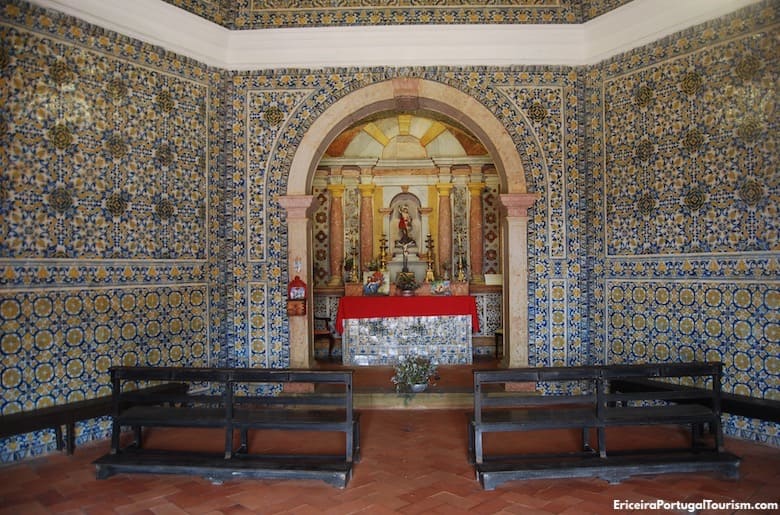 The interior, covered with tiles from the 1600s

Over the years, it was the headquarters of a brotherhood of single men, whose tombs were once placed inside. Those are now gone, but the rest of the space hasn’t changed.
It is such a beloved landmark in Ericeira, that its surroundings are protected, preventing anything from being constructed around it.
At the end of January (on the weekend closest to the 20th) it’s the site of a festival honoring St. Sebastian and St. Vincent, which starts with Mass in the chapel and ends with eating, drinking, and dancing outside. 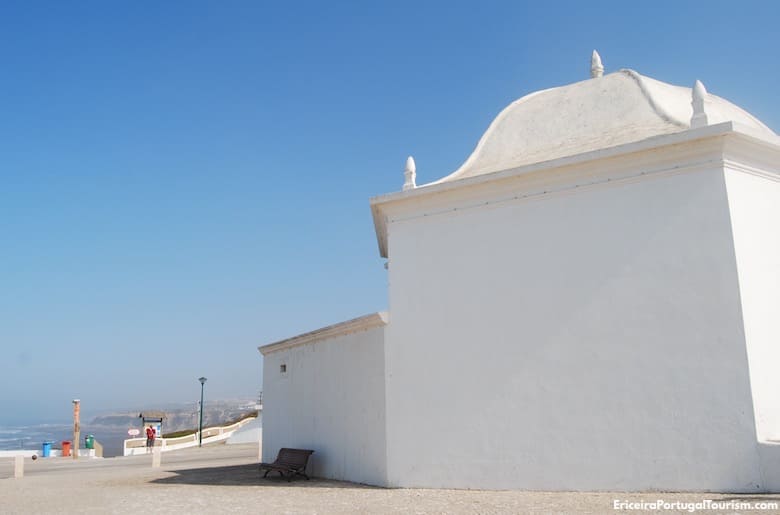 The chapel is found down the main road, the N247 or Avenida São Sebastião. From here it is possible to walk to the surfing beaches to the north, or to head south towards the old town and the central and southern beaches.